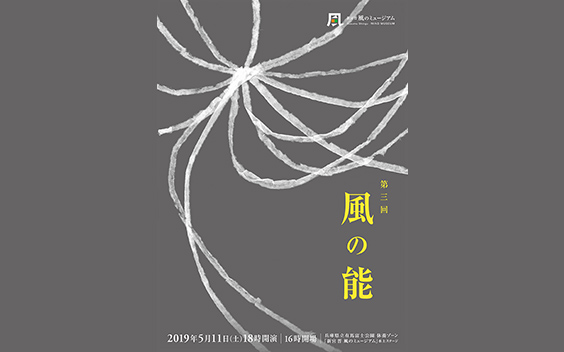 Venue：Susumu Shingu WIND MUSEUM ／ The stage over the pond 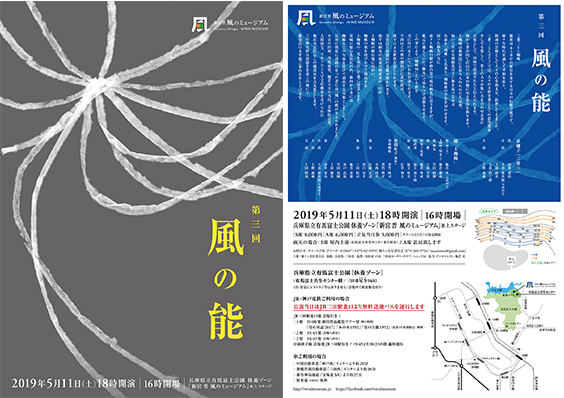 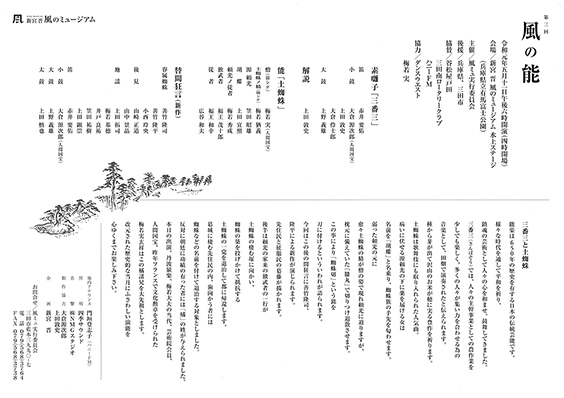 The 9th open-air performance at Susumu Shingu WIND MUSEUM was blessed with beautiful weather. The Subayashi Sanbaso started surrounded by about 350 spectators, including some in Kimono, some from other countries and some enthusiastic fans from far away such as Tokyo, Nagoya, Kochi and so on.

The short commentary by Atsushi Ueda, the shoulder drum master of Okura School, was easy to understand and perfect for Noh beginners. After the ritual to ignite bonfires, the program of Tsuchigumo started.
A girl named Kocho (butterfly) visited Raiko Minamoto, who was ill in bed, to deliver medicine. Next visitor was a monk, actually spider spirit, who tried to attack Raiko. But Raiko took his sword and fought against the spirit until finally the spirit ran away. After the first part, Kyogen was played, joking and explaining the conflict between indigenous people and conquerors.

The second part was the killing of spider spirit by a group of samurai servants. The spider spirit fought throwing spider's web but was finally killed. The change of sky color at twilight time, the reflection of bonfire on the surface of water, the dancing white sculpture on the water, the chorus by flogs . . . . . all such things were beautiful.
When the sun set, the illumination brought up the stage on the water. When the fight was over, the players left the stage.
At the same time white lines went up towards the sky, as if the spirit of spider went back in the heaven. （Just for information: the balloon that disappeared in the sky was that of weather observation and no danger for environmental destruction.）
It was a wonderful time of a little less than two hours that we spent surrounded by rich nature. 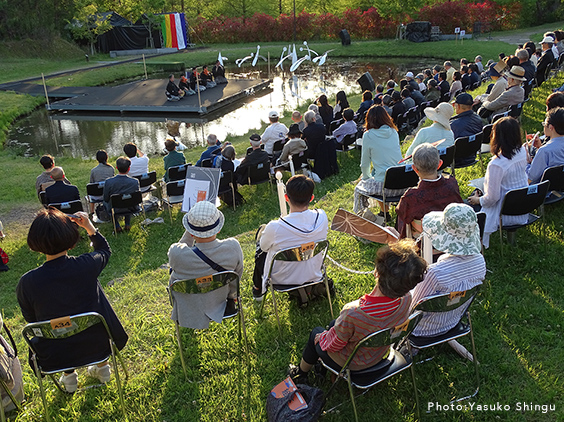 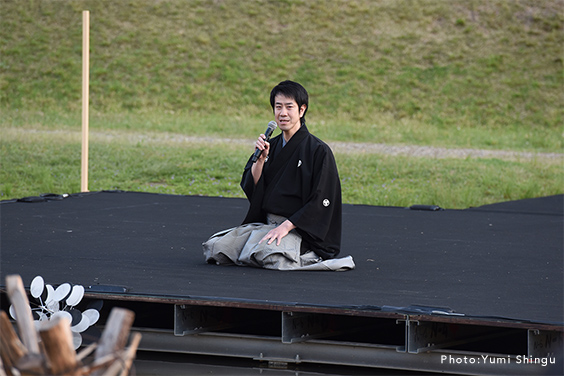 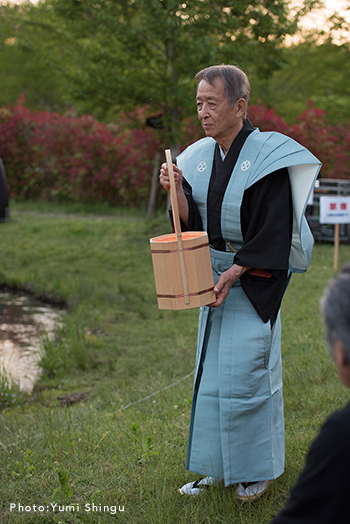 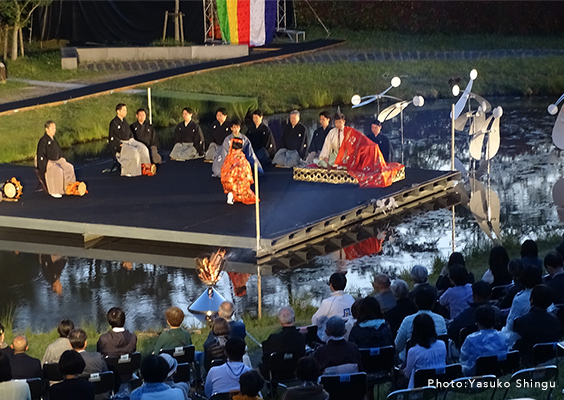 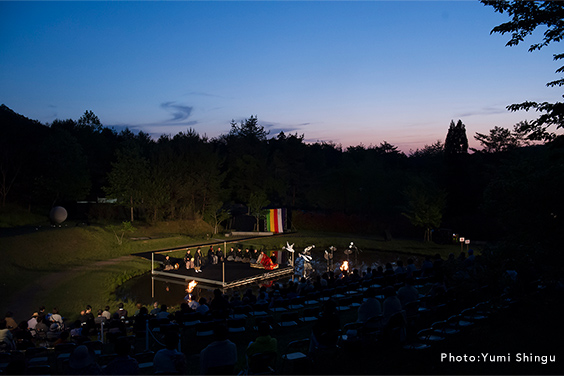 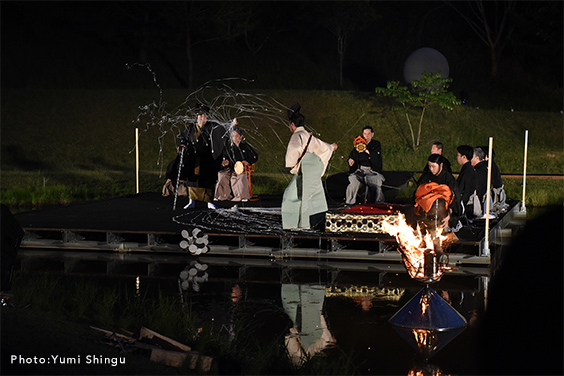 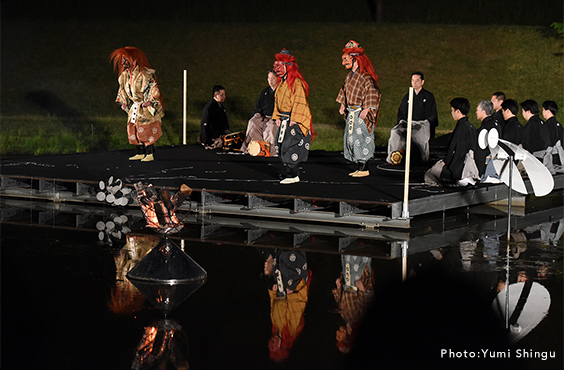 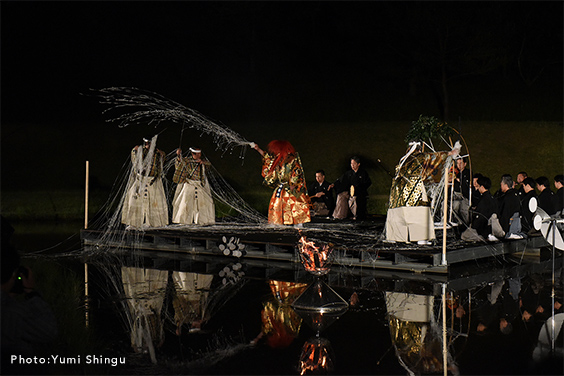 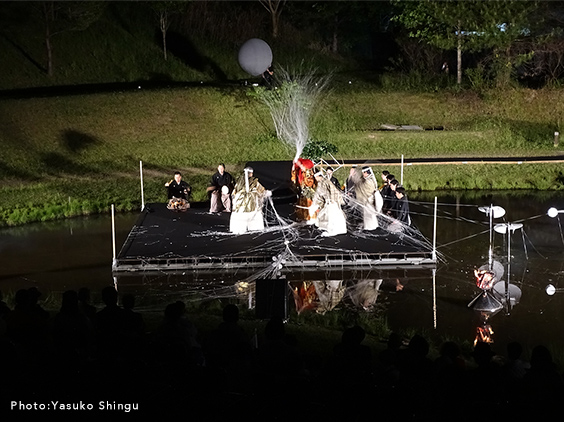 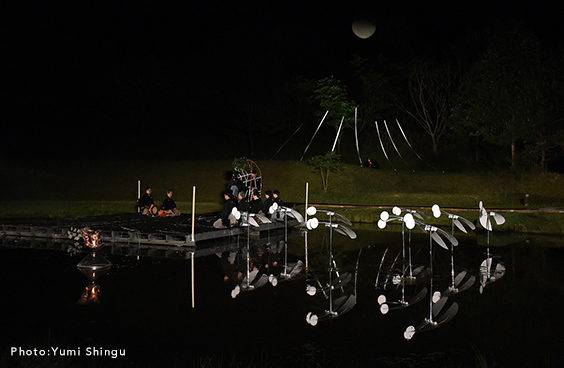 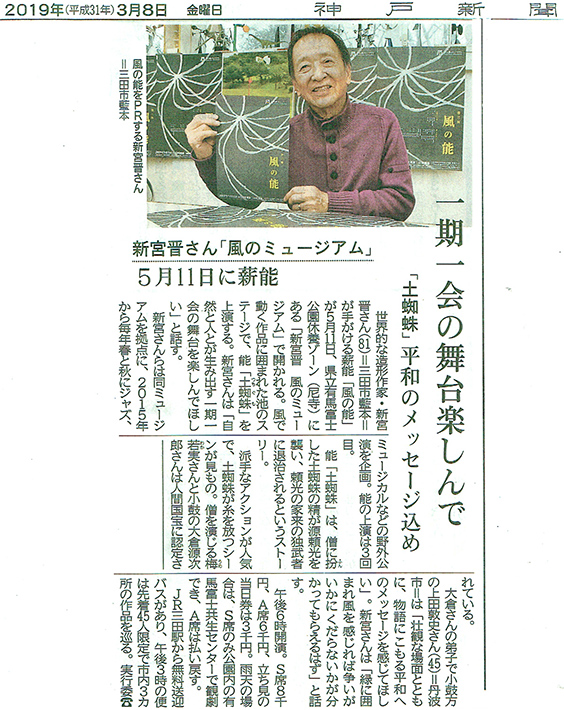 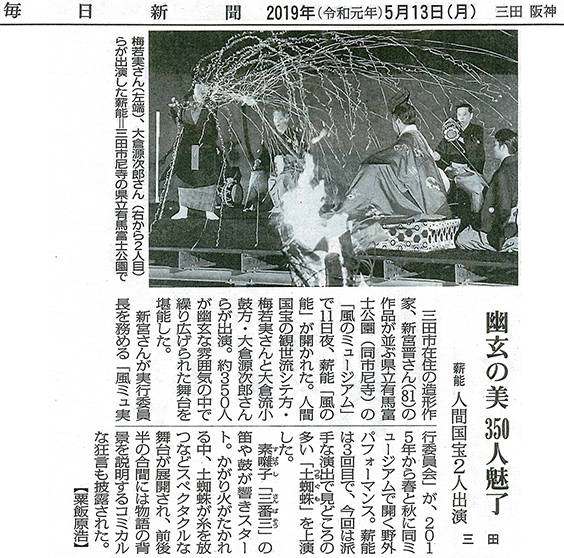